The BVI's Again (or sailing in Disneyland) 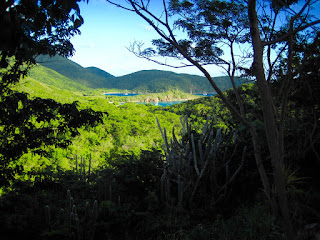 St. John hike with S/V Aspen in the far distance.  This is the hike to the petroglyphs. 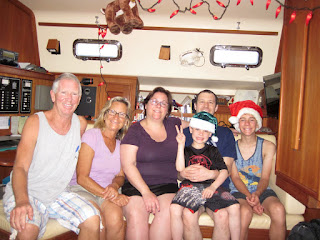 Zach, Heidi, Nik and Sir Timothy on Aspen for the holidays. 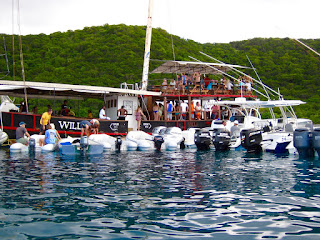 The Willy T at Norman Island on a typical Saturday afternoon 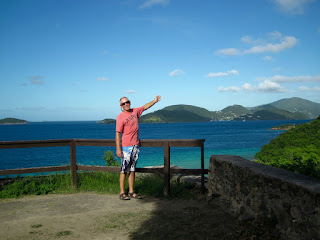 Captain Steve pointing the way to the BVI's from St. John.  "I think we can find it" 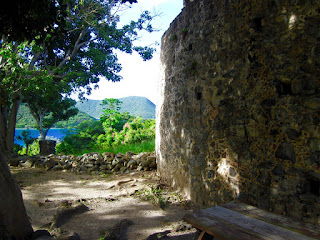 Annaberg ruins on St. John and the view toward the British Virgin Islands 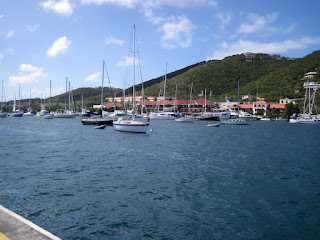 American Yacht Harbor, Red Hook, St. Thomas.  This is where Aspen's engine was worked on. 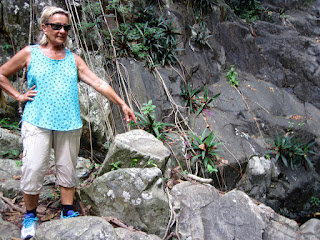 Maria pointing to the petroglyphs after a nice warm hike. 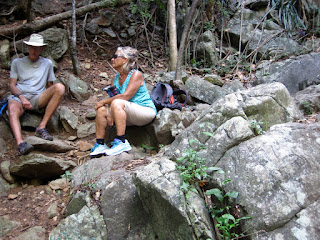 We hiked with Lee and Sharon on Allegro.  Lee is my distant cousin who is also related to the Mayflower's William Bradford.  It is a small world! 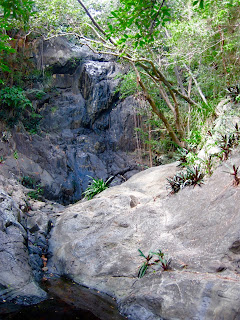 The petroglyph waterfall, but without any water falling as usual.  Notice the rock carvings? 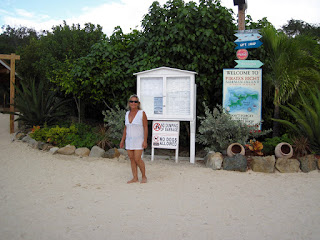 Norman Island, BVI's.  One of our favorite places to stay!!!  The running is always an adventure on the trails around treasure island too. 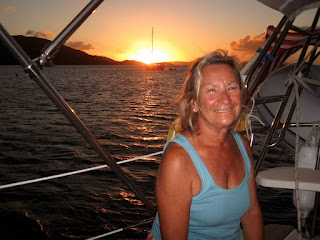 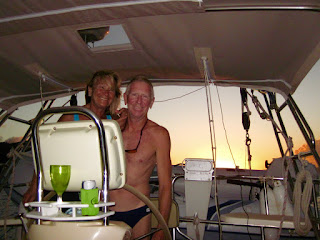 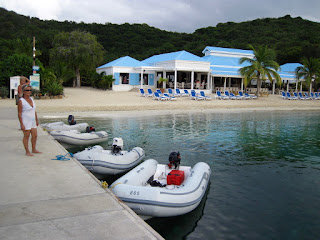 Norman Island/Pirates restaurant dinghy dock.  Now nice is this because you don't have to wade ashore!

Aspen’s engine is working again and we are back sailing around the Virgin Islands.

The mechanic showed up on time and within 30 minutes found the problem with our trusty diesel engine.  It turned out to be a bad heat exchanger/exhaust manifold.  That item is similar to a radiator and exhaust system on a car.

Great, he found the problem, but how about the massively expensive part?

Captain Steve casually informed the mechanic the spare part was on Aspen, just waiting to be installed.  A look of disbelief swept across the mechanic’s face.  No one has that spare part on their boat, or so it seemed.

But wonder of wonders, the needed part was quickly taken out of the parts locker and the mechanic went to work installing it.

Four hours later Aspen’s engine was purring just like before and ready for more adventures!

If we didn’t have the spare part it would have to be ordered and then installed, probably taking 3-4 weeks of time to do so.  Whew.

The best thing about the repair was that Zach and his family would now be able to enjoy St. John aboard Aspen.

Now that 2017 has begun, Aspen is enjoying the British Virgin Islands (BVI’s) and the activity of charter boats and their crews.  Watching the mooring pickup excitement, dancing on top of the catamarans and antics at the Willy T are just some of the things that keep us entertained down here.

You just gotta love sailors in the tropics!