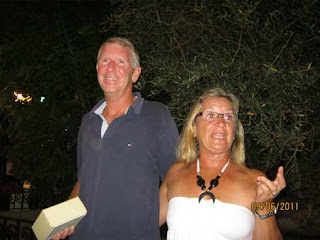 We arrived back in Colorado to be greeted by clear blue skies, warm temperatures and white capped mountain peaks shimmering in our western sky. It was a long way from Turkey to Denver and a long time to hang in the sky too, as a friend once sang.

We are getting settled into our Rocky Mountain home once again - getting the water turned on, electricity to power the refrigerator, satellite TV and DSL for the computers. All three cars started right away so that was nice, and they didn't even have flat tires!

We had a really nice visit with our families in Joliet, IL after setting foot on US soil once again. Chicago style hot dogs, pizza, poor boy sandwiches and corn fed beef was a welcome treat after the fare we had been eating.

Before we left Turkey there was one final farewell dinner with all of the skippers and crew of the Blue Water Rally. Excelsior Tours, one of our Rally boats, organized a spectacular party overlooking Marmaris harbor as well as looking toward our transport ship, the mv Palmerton that rested peacefully against the dock with all 20 Rally boats onboard. It was an enchanting evening where we bid fair winds and calm seas to each other as our journeys continue but not together as a Rally any longer. The evening was highlighted by a poignant, fond and moving toast to Phyllis, Bob, Jean and Scott of the sailboat Quest.

Captain Steve and Maria were presented with the highest award possible by the skippers and crew of the Blue Water Rally - the Gibraltar Crystal. We were shocked to say the least! The Gibraltar Crystal is a glass Rock of Gibraltar presented to the Blue Water Rally at the beginning of this Around the World Rally by the Gibraltar Government. It was passed from boat to boat before every significant passage throughout the rally, with the crews ensuring the safety of the precious Gibraltar Crystal at all times. We accepted the award in the spirit it was given, by fellow sailors who endured incredible hardship and unfathomed joy throughout the nearly 2 year circumnavigation of the planet.

Sail on, sail on and sail safe Aspen…
Posted by Aspen at 11:37 PM No comments: 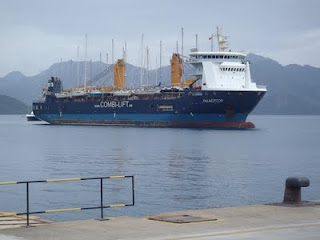 Aspen has been unloaded from the transport ship and is resting comfortably on land in Marmaris, Turkey. She safely arrived after negotiating the pirate waters off Somalia and the Red Sea, thanks to captain Igor who commanded the transport ship, mv Palmerton. Yes, Igor is from Ukraine! At 6 feet 5 inches tall Igor takes no prisoners during his command.

Aspen was offloaded the first day in Turkey and softly touched the clean waters of the Mediterranean, ridding herself of the dust from Oman and safely gliding away to the marina. It was such a nice feeling to be in safe waters again!

The captain and Maria just arrived in another country, the USA. What a fantastic place this is!

Sail on, sail on and sail safe Aspen…
Posted by Aspen at 11:57 AM No comments:

We arrived in Rhodes, Greece! 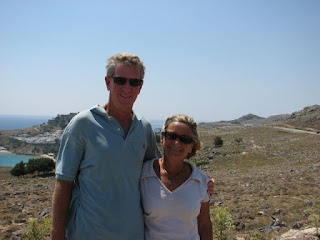 It only took 3 different airlines, with 8 take offs and landings in 3 different countries to get to a friendly country!

The flights were Salalah to Muscat, Oman. Muscat to Doha, Qatar. Doha, Qatar to Athens. Athens to Rhodes. The airlines we took (Oman Air, Qatar Airlines and Aegean Airlines) were all very nice. They all served food, even the shorter flights. There was even free liquor on the long flight from Doha to Athens!

Waking up to our first view of the Mediterranean, right outside our window, was surreal. It only took us over 3 months to get here.

Right now it is warm and sunny with lots of friendly people everywhere. Even the food is great!

Tomorrow we will take the fast 50 minute ferry to Marmaris, Turkey to wait for our ship to arrive with Aspen onboard. The ship is transiting pirate waters as I type this, escorted by NATO warships. Let's hope they all make it through safely.

Sail on, sail on and sail safe Aspen…
Posted by Aspen at 5:23 PM No comments: